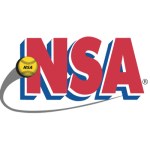 Steele’s defeated Larry’s Used Cars in the winner’s bracket final by a close 14-13 score. Meanwhile, Howard’s after losing their first game against the Austin Capitals, had to fight through the losers bracket where they met the Austin Caps again. This time, it was a different story as the Steermen came out on top 27-15. Howard’s then eliminated Larry’s 41-20 to get another shot at Steele’s in the finals. In a slugfest, Steele’s won the title by a 50-36 score. They scored 21 runs in the first inning.